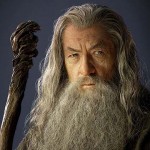 The greybeards met this morning and decided to reset the meeting night back to the second Thursday instead of third Tuesday evening of the month.  The Valley made the experimental move last year to Tuesdays to accommodate brothers in a nearby lodge who met on the same Thursday evening as the Armed Forces Scottish Rite (AFSR) bodies.  However, none of the brothers from that lodge attended.  Tuesdays seemed to cause many conflicting events for the usually dedicated AFSR brothers and attendance was down.

The greybeards, realizing that Thursday evenings are the most available night for those who usually attend Scottish Rite, made the decision to put Scottish Rite back on its most favored day/time slot.  Therefore, the next stated meeting will be scheduled for Thursday, 11 Feb at the usual time.  There will likely be a discussion about VMAP.

The meeting scheduled for January 19th was mercifully canceled.  The winter weather played havoc with the roads making the commute quite long.  Fort Leavenworth implemented  winter weather procedures which encouraged everyone to stay home and avoid being another of a long line of traffic snags for the day.